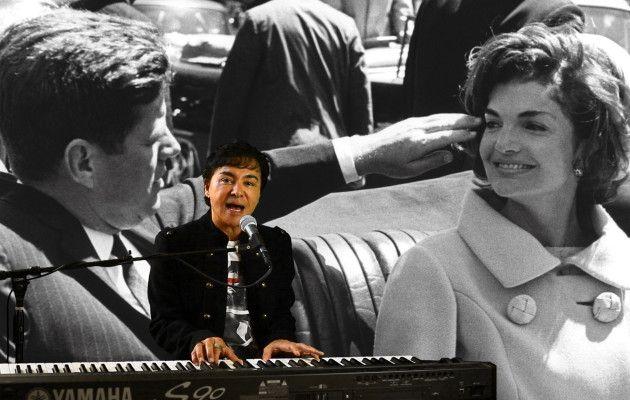 HOLLYWOOD–(BUSINESS WIRE)–As the 50th anniversary of the assassination of John F. Kennedy on November 22, 2013 approaches, singer-songwriter Keith Chagall has penned the song “Sail on Betsy Ross,” – an ode to that fateful day – which both raises the spirits and unites a nation.

“It’s a hopeful song that reflects on an iconic president, JFK, who showed us what great things could be accomplished as a nation when we work together.”

Through lyrics and images, Chagall’s catchy Beatles-esque / Brian Wilson pop tribute, “Sail on Betsy Ross,” salutes the Kennedy era – taking us on a journey down memory lane through tumultuous and inspiring times in American history.

Says Chagall about this first single and title track from his forthcoming album, “It’s a hopeful song that reflects on an iconic president, JFK, who showed us what great things could be accomplished as a nation when we work together.” Adding, “… just as crucial, it shines a light on the spirit and resiliency of great American women like Betsy Ross and Jacqueline Kennedy and up through today’s Diana Nyad, who continuously inspire the rest of us to carry on.”

Chagall writes in a catchy and unforgettable song hook, “I can trace all the troubles back to that November day…”

Video images run the gamut from the fateful Dallas motorcade, to the Atlantic crossing of a Pilgrim ship, to Betsy Ross sewing the American flag, President and Mrs. Kennedy with Caroline and John Jr., to the Washington funeral procession of JFK’s casket, the moon landing and up through the Dream Act Immigration reform this year. The video closes with the memorable inaugural words spoken by President Kennedy, “Ask not what your country can do for you…ask what YOU can do for your country!”

For Chagall – Colombian born and American raised – his wide palette of song craftsman-ship ranges from rock-pop to exotic Latin-tropical rhythms. He will also be featured on an upcoming episode of Bravo-TV’s Real Housewives of Beverly Hills performing his own composition “Fugget About It.” No matter what the occasion, Chagall’s music always bridges cultures and strips down barriers, making him a perfect representative of the next great social wave of Latinos in America.