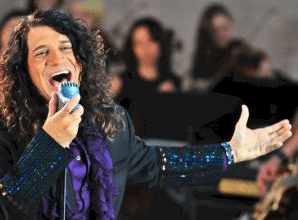 Rock Opera Artist Alexander Kariotis stopped by KCAL9 Tuesday to talk about the debut of his new CD and his performance at Dodgers Stadium.

Kariotis’ brother, who inspired him to pursue a career in music, died from Lou Gehrig’s Disease (ALS), so he works to raise awareness by performing across the country.

He will sing the “National Anthem” at Dodgers Stadium Tuesday before the 7:10 p.m. game against the Atlanta Braves.

Lobeline Communications Delivers Lisa Vanderpump A Star On The Palm Springs Walk Of Stars
Gala of The Royal Horses Featured in The Tennessean!