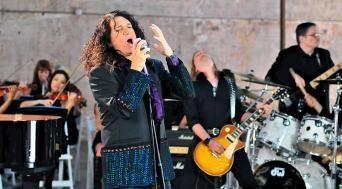 When people think of great rock voices, Steve Perry (Journey) and Freddie Mercury (Queen) are some of the names that come to mind. Take their vocal styles, add to them the sublime sounds of great operatic composers such as Puccini and Verdi, and “Voilà” you have Alexander Kariotis, breathing new life into the rock opera-genre.

“There’s room for both rock and opera, even in the same song,” Kariotis explains. And this phenomenal singer does just that throughout his debut album, Alexander Kariotis and the Rock Opera Orchestra (VMG – SONY/Red), released in June 2014, exclusively on Amazon.com.