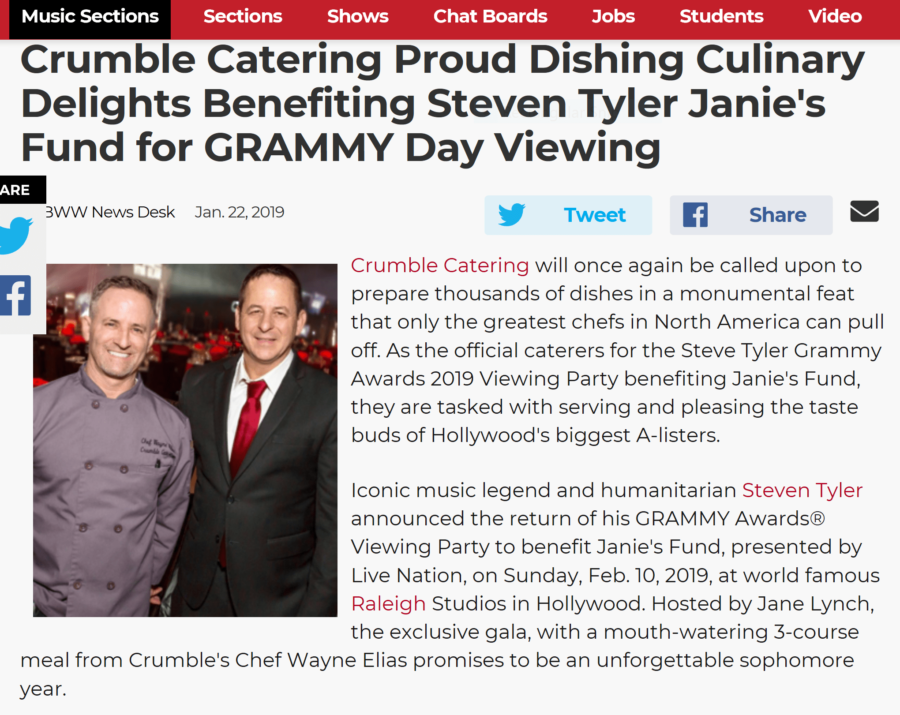 Crumble Catering will once again be called upon to prepare thousands of dishes in a monumental feat that only the greatest chefs in North America can pull off. As the official caterers for the Steve Tyler Grammy Awards 2019 Viewing Party benefiting Janie’s Fund, they are tasked with serving and pleasing the taste buds of Hollywood’s biggest A-listers.