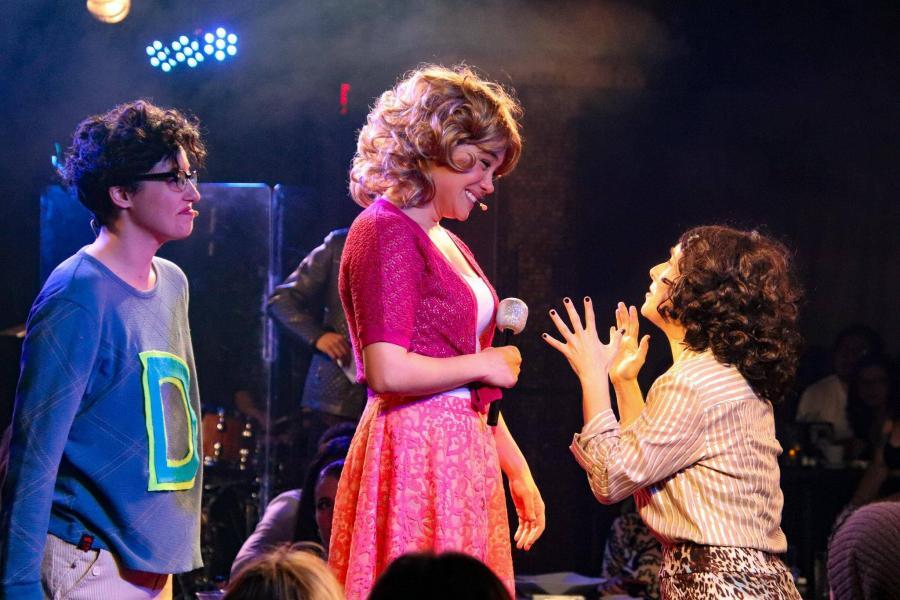 The musical parodies hits just keep coming at Rockwell Table & Stage! Popular (sometimes cult) flicks get infused with pop songs resulting in a new twist on the film, and sometimes on the songs. With NEVER BEEN KISSED – THE UNAUTHORIZED MUSICAL, cleverly written by Jordan Ross Schindler, the vocally-gifted, triple-threat cast perform their most entertaining, live, in-your-face version of Drew Barrymore‘s 1999-starrer Never Been Kissed.

Plot centers around Josie, a budding journalist, who goes undercover at her former high school for an investigative report on non-specific teen life. (Josie hasn’t figured out her angle of her story yet.) Josie’s re-entry into high school life, brings back memories of her own high school experiences – being a nerd, an outcast who’s bullied by the popular cliques.

ragemonthly.com - A Taste of Romance In SoCal
queerforty.com - Bromance is in the Air in LA’s Cher and Xtina Musical