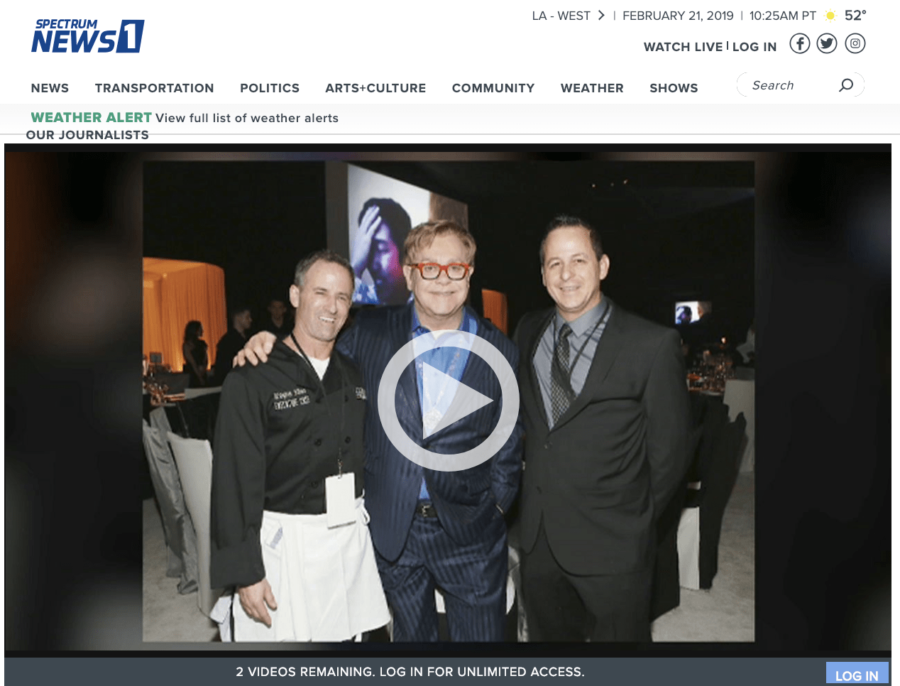 For the 15th year in a row, the Chef Wayne is prepping for one of the biggest parties of the year and no pressure, but name a big name, and odds are, they’ll be eating his food come Sunday night.

“If you’re not going to the Oscars Governors Ball, you’re going to Elton John’s party,” he said.

As Chef Wayne made one, he explained how he and Crumble Catering truly are Hollywood A -listers go-to”A team. A couple weeks ago they catered the Steven Tyler’s Grammys party. Now, for the biggest night in Hollywood, they’re pulling out all the stops….

Follow this link to read the article and watch the video: https://spectrumnews1.com/ca/la-west/news/2019/02/21/elton-john-s-party