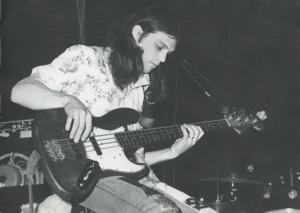 Eagles Bassist Timothy B. Schmit to Reunite with Poco at Paramount Theater in Denver

Eagles bassist Timothy B. Schmit will reunite with Poco band members at the Colorado Music Hall of Fame’s induction concert on Friday, January 9, 2015, 7 p.m. at theParamount Theater in Denver. Additionally, acclaimed singer-songwriter Nathaniel Rateliff has been added to the concert lineup and will join a tribute to Stephen Stills/Manassas. Tickets on sale now at Altitude Tickets (www.altitudetickets.com) for the event, presented by Comfort Dental.

Poco’s CMHOF performance will bring together the groundbreaking country-rock lineup that moved to Colorado in 1971: pedal steel guitarist Rusty Young, guitarists Richie Furay and Paul Cotton, drummer George Grantham and Schmit, who left in 1977 to join the Eagles. Schmit’s “Keep On Tryin’” became Poco’s most successful single to date upon its release in 1975.

“Timothy has been a gracious artist over the decades, and I’m thrilled that he will be part of our program and help make history in front of Colorado music fans,” says Chuck Morris, CMHOF’s chairman.