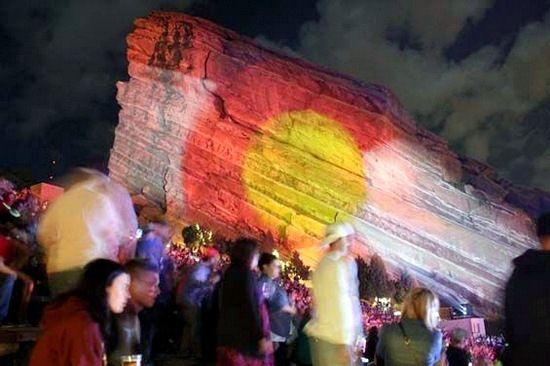 The Colorado Music Hall of Fame slated to move into the Red Rocks Trading Post next summer!

Next summer, The Colorado Music Hall of Fame is moving to Red Rocks. All of the exhibits from the inductees, which have been on display at the 1STBANK Center in Broomfield since the hall’s inception in April 2011, will be moved into a new home at the Trading Post in time for next year’s summer concert season.

Those artifacts include items from the inaugural inductees, John Denver and Red Rocks itself, along with memorabilia from the second set of inductees, the legendary late concert promoter Barry Fey and Harry Tuft; and the third class of the Astronauts, Sugarloaf, Flash Cadillac and KIMN Radio. This year’s class — Judy Collins, the Serendipity Singers, Bob Lind and Chris Daniels — will be inducted into the hall this evening at the Paramount Theatre.