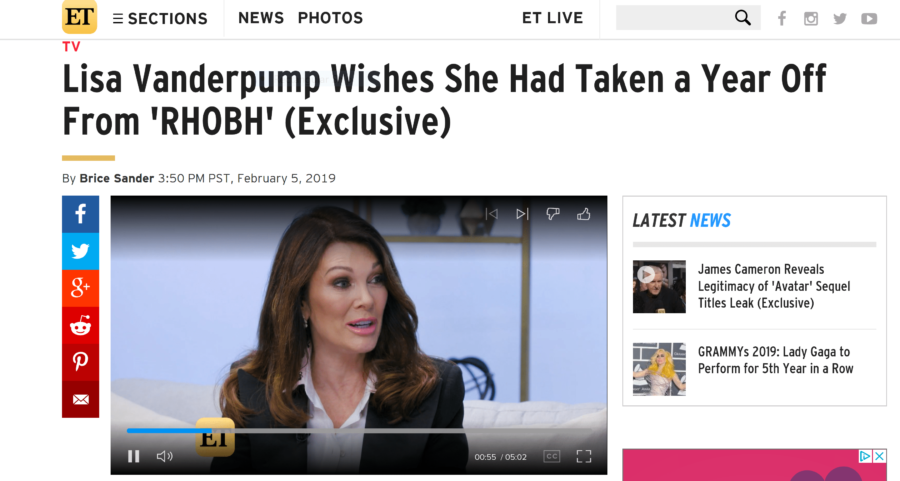 Lisa Vanderpump wanted a break from holding a diamond.

The Real Housewives of Beverly Hills star admits to ET she asked Bravo and Housewives executive producer Andy Cohen for a year off the show, following the April 2018 death of her brother, Mark, who died by suicide, before ultimately filming the upcoming ninth season.

“[Andy] said, ‘You know, I think we should’ve given you a year off when you asked for it,’” she shares. “He said, ‘I don’t think you were in a mental state where you were really prepared to deal with it,’ it was very emotional … ‘With hindsight, we probably should’ve given you the year off.’”

“I wasn’t as prepared for combat as I should’ve been,” she confesses.