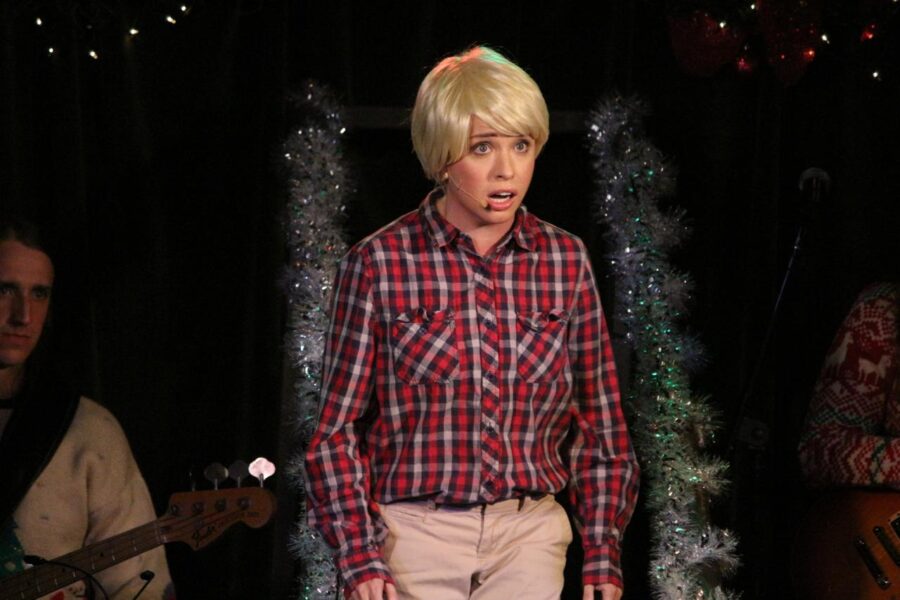 On Sunday December 10th, I had a chance to catch a showing of Rockwell Table & Stage’s The Unauthorized Musical Parody of Home Alone, put on by executive producer Kate Pazakis.

Whether you’re a die-hard Home Alone fan or have seen the 1990 John Hughes movie enough to remember the plot, this musical parody offers a real holiday treat. (If for some reason you don’t remember, just watch the movie! Which I recommend regardless so it’s fresh in your brain.) Kate Pazakis, the creator of the unauthorized musical parody series, and co-writer Ray Wetmore manage to take the classic moments from the movie and fit them in seamlessly into a stage production. Simultaneously, they’re not afraid to ask and even answer some of the burning questions fans had for years – such as how did the McCallister’s afford a family vacation to Paris for Christmas. The show will be sure delight and make you laugh; unless you’re a grinch!

Aaron Carter Releases New Single Ahead of 2018 Album, story via ET Online
S Weekly Interview of Lobeline client Aaron Carter: Reveals his goal is to be a father