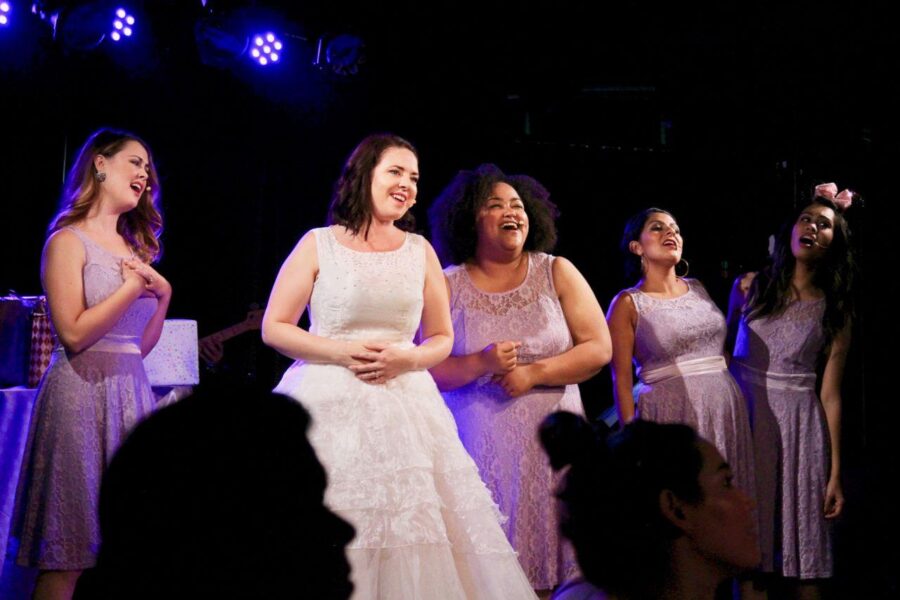 Over the weekend, The Rockwell in Los Angeles premiered their newest musical parody—this time for the hilarious movie Bridesmaids. Originally starring Kristen Wiig and Maya Rudolph, Bridesmaids shows the ugly reality of being a bridesmaid—weather it is paying $5,000 for a dress you will wear once or jet setting to Vegas in first class—it shows the true side of what friends go through to please their friend and bride.

The UMPO (Unauthorized Music Parody) of Bridesmaids not only depicts the actual film itself, but it includes musical elements that make the whole show even more intriguing. With a live band on stage (consisting of Gregory Nabours, Emily Rosenfield, Cyrus Elia and Greg Sadler) the show takes the audience through the movie (almost scene by scene) and incorporates popular songs that everyone can sing along to that perfectly helps tell the story.