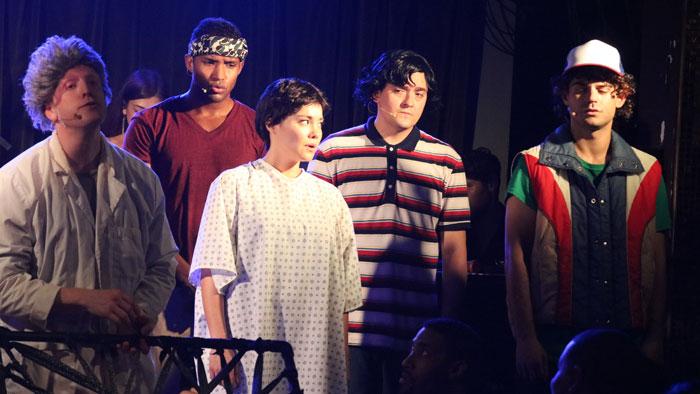 Eggos. Eleven. Dungeons and Dragons. The combination of those three things is strange… that can only mean that The Unauthorized Musical Parody of Stranger Things is here. The American fiction-horror series — created, written, and directed by the Duffer Brothers, gets the UMPO treatment by writer/executive producer, Kate Pazakis and director, Nathan Moore. Set in the 1980s in the fictional town of Hawkins, Indiana, the critically acclaimed Netflix series focuses on the investigation into the disappearance of a young boy amidst supernatural events occurring around the town, including the appearance of a peculiar girl with psychokinetic abilities who helps the missing boy’s friends in their own search. Rockwell brings to life the Duffer Brothers’ mix of investigative drama, supernatural elements, and 80s nostalgia, with a diverse cast, live band, and a spate of pop songs from that era sure to thrill audiences.