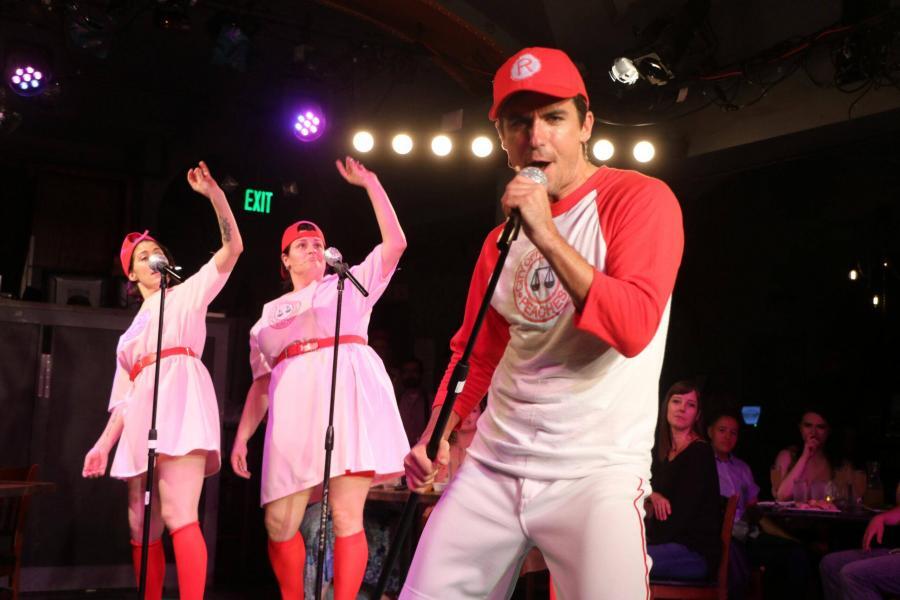 The parody stays in true in the Unauthorized Musical Parody of the classic film A League of Their Own. Taking its inspiration directly from the film, two sisters, Kit Keller and Dottie Hinson, join the first female professional baseball league and struggle to help it succeed amidst their own growing rivalry. This story serves as a historical snapshot, reminding the audience of the social impacts of World War II when most men were off fighting in the war.