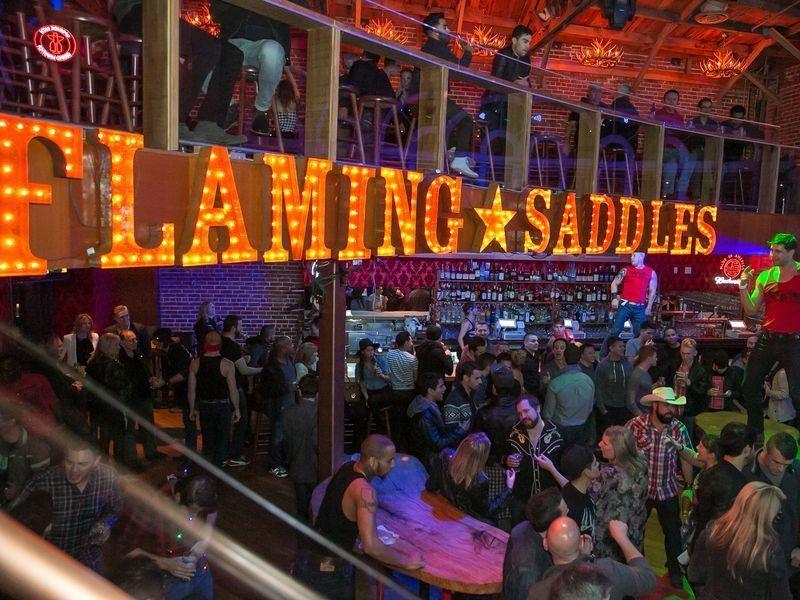 It’s time to bust out those cowboy hats and boots, the first country-western themed gay bar to land in West Hollywood, Flaming Saddles, has opened its doors. Brought to you by Jacqui Squatriglia, former choreographer and bar manager of the famed Coyote Ugly, and Chris Barnes, Flaming Saddles West Hollywood is opening its second outlet on the heels on the success of the original New York location.

The two-story, 6,000 square feet space will have expansive bars, country-western tunes, and dancing bartenders. Watch out for choreographed routines on wood tabletops several times an hour.

While Flaming Saddles has been soft opened for two weeks, the grand opening soiree is set for January 28th at 10 pm. The event, benefiting the Los Angeles LGBT Center, will honor country music star Billy Gilman, one of the few major country stars who has come out as gay, and will be hosted by West Hollywood Mayor John D’Amico.