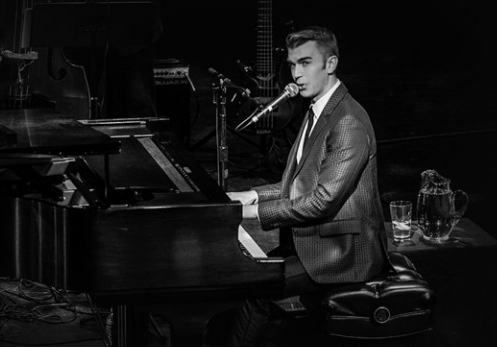 Beloved queer crooner Spencer Day is a busy guy, no more so than during pride month when he’ll performing in clubs from LA to SF to NYC.

“My birthday happens to fall on the Stonewall anniversary, which is fun,” he told GayCities in early June.

Catch him in San Francisco at Feinstein’s at the Nikko June 14-15.

The shows will include material from his recent album “Angel City” and a preview of his upcoming Broadway-based collection of Rodgers & Hammerstein (“Bali Ha’i”), Lionel Bart (“Who Will Buy”), Jerry Herman (“It Only Takes a Moment”) and more. With any luck, he’ll pull off his lovely ode to Southern California life, “72 and Sunny.”

Spencer took a little time out of his busy touring schedule to talk about performing, his Mormon family, and where he most loves to celebrate pride.