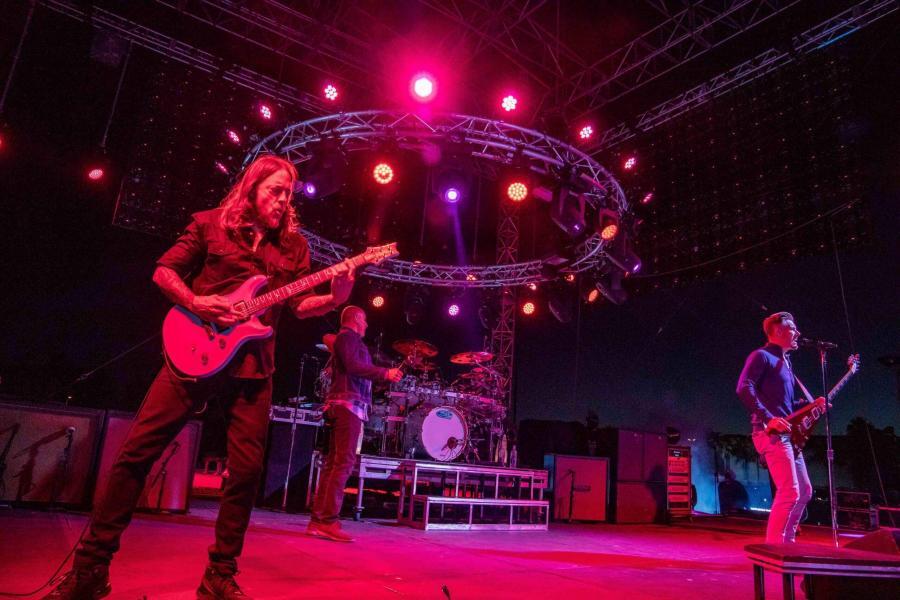 Three-eleven brought their funk drenched rap infused rock sounds to the Ventura Fairgrounds for the Concerts In Your Car series on November 14th. The boys from Omaha played two distinctive back-to-back shows drawing material from their thirteen studio albums and more.  Since last June, when CBF Productions launched the first drive-in live music experience in California at the Ventura Fairgrounds, there has been a rebirth of live music events on the south coast.

Many diverse acts have taken the stage at the venue, including Snoop Dogg, Cypress Hill, Fitz, and The Tantrums, Los Lobos, Tower of Power, and Sublime. Three-eleven can now be added to the impressive list of seasoned performers. The band exploded onstage in a sound and lighting extravaganza for the first of two shows just after sunset. The band opened their 16 song setlist with one of their biggest hits, “Beautiful Disaster,” which inspired some in the car audience to honk their horns and others to dance on the hoods of their cars.

CareerAddict.com Linkedin - How can you onboard a new remote team member?
etonline.com - Must-See Celeb Sightings: November 2020