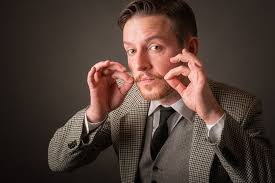 If you’ve seen magic shows either in Las Vegas or when the local Big Top comes rolling into town, you will be in for a surprise watching Champions of Magic. With sold-out shows and rave reviews in London’s West End, this theatrical production includes Grand Illusionists Young & Strange, Queen of Close-Up Fay Presto, Master Mind Reader Alex McAleer, and International Stage Magician of the Year Edward Hilsum.

This talented group has over 20 million online views between them and various TV appearances on CNN’s A Quest For Magic, The CW’s Penn & Teller: Fool Us, and NBC’s Caught On Camera with Nick Cannon, these top illusionists are quickly becoming household names.

In a recent interview with BCNF, one of the magicians from the show, Mind Reader Alex McAleer, talks about bringing their four-year show to the US and what audiences can expect from Champions Of Magic.