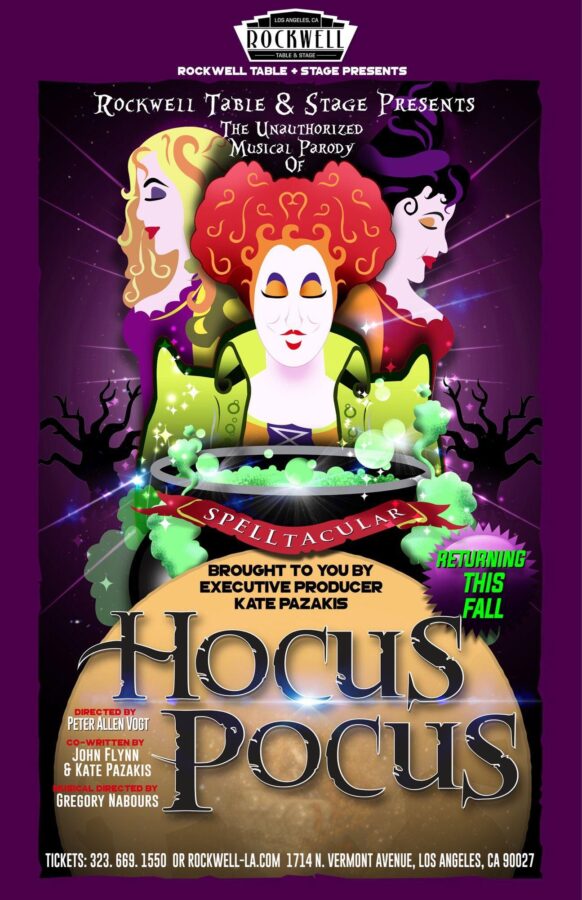 Continuing her tradition of turning cult classics into “unauthorized” musicals, Executive Producer/Co-writer Kate Pazakis partners with Director, Peter Allen Vogt and Co-writer John Flynn to brew the cauldron for an homage that will leave audiences spellbound!

When three witches come back to life on Halloween to feed on the youth of the world, two teenagers, a young girl and a once-human cat will have to stop them. In the eighth Unauthorized Musical Parody of her hit series, Pazakis takes a song-filled swipe at the 1993 family comedy, Hocus Pocus. Brimming with jokes, music, witchcraft, magic, and creepy fun, The Unauthorized Musical Parody of Hocus Pocus puts a new spin on the cult favorite at Rockwell Table & Stage in Los Feliz, CA.