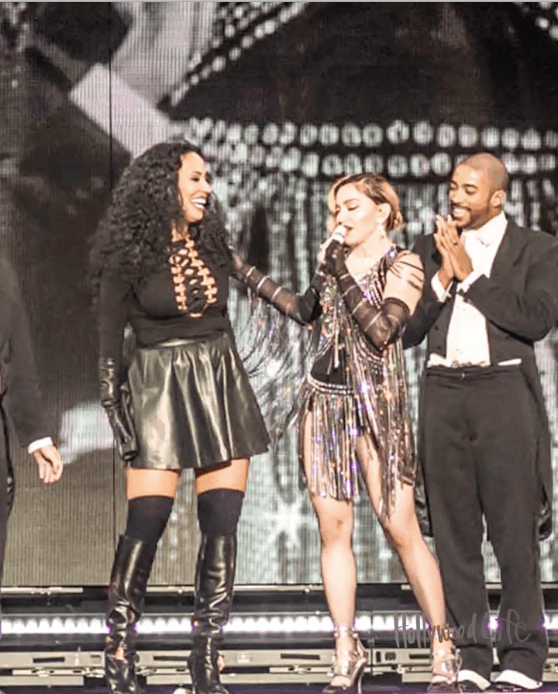 Bravo fans are fully aware of business woman and ultimate boss B, Tanya Sam, 40. The tech savvy, no-nonsense newcomer to season 11 of Real Housewives of Atlanta  absolutely killed it on-screen as a friend to the ladies during her first season. Though she revealed much of her personal life to viewers on the show, there’s still so much fans don’t know about her — like how she once shared the stage with Madonna, 60, during one of her concerts in 2016 ! HollywoodLife uncovered a rare, never-before-seen video of Tanya getting her butt slapped by the queen of pop culture herself back in January 2016 and it is epic!