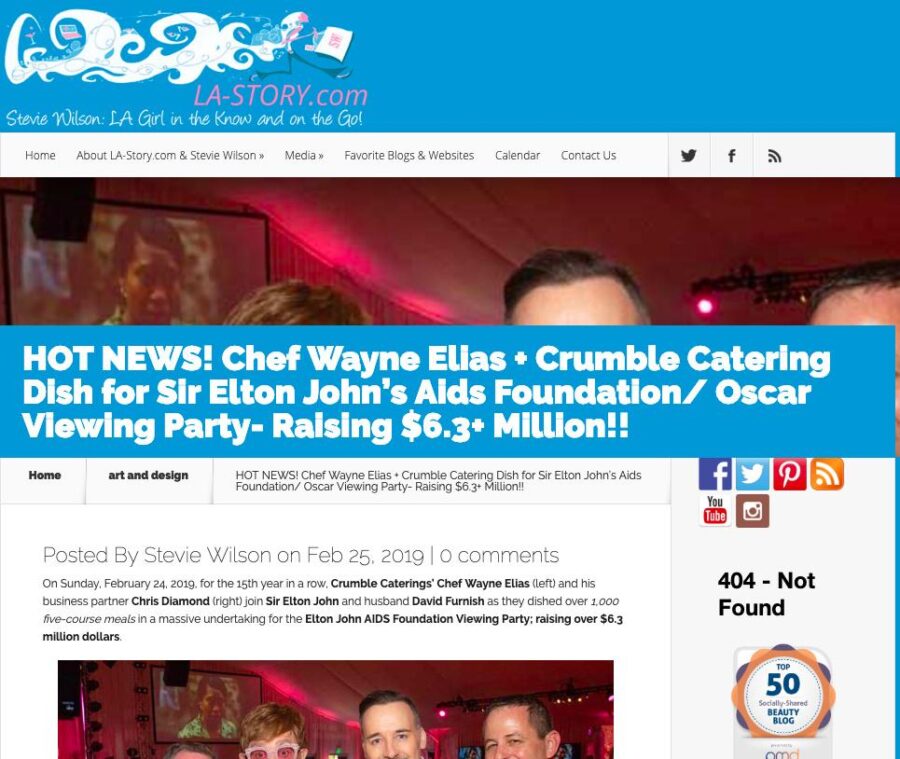 For the 15th year in a row, Crumble Caterings’ Chef Wayne Elias (left) and his business partner Chris Diamond (right) join Sir Elton John and husband David Furnish as they dished over 1,000 five-course meals in a massive undertaking for the Elton John AIDS Foundation Viewing Party; raising over $6.3 million dollars.

West Hollywood Park was transformed into a city within a city, with a sprawling array of custom-built pavilions. It took an army of 150 servers and bartenders and 70 kitchen staff to make for a flawless evening, pleasing the palates of Hollywood’s biggest A-listers. From its humble beginnings in 1992, the EJAF has raised more than $406 million worldwide to challenge discrimination against people affected by the epidemic, prevent infections, provide treatment and services, and motivate governments to end AIDS.