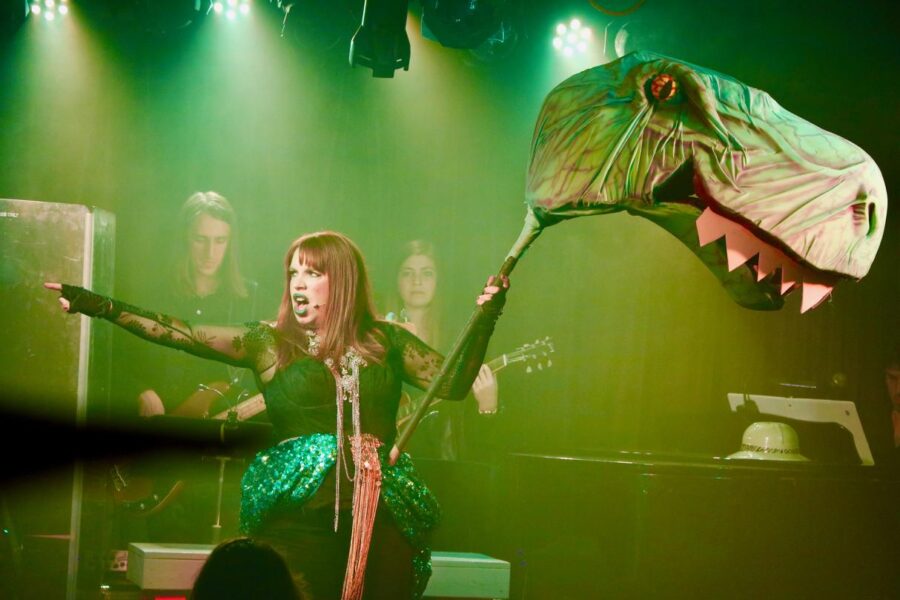 Kate Pazakis, executive producer of the UNAUTHORIZED MUSICAL PARODY OF… series ably does triple duty in her latest wildly entertaining, two-hour production of THE UNAUTHORIZED MUSICAL PARODY OF JURASSIC PARK. For UMPO JURASSIC PARK, Pazakis not only produces and cleverly writes this enthralling, very witty musical homage to Michael Crichton and Steven Speilberg’s 1993 classic film Jurassic Park; Pazakis joins her talented cast onstage singing her ass off as the dinosaur T-Rex. Pazakis effortlessly wields a long stick with a huge dinosaur head atop of it while displaying her very strong vocal pipes in all her numbers, especially in her solos in “Walk the Dinosaur” and “I’ve Got the Power.”