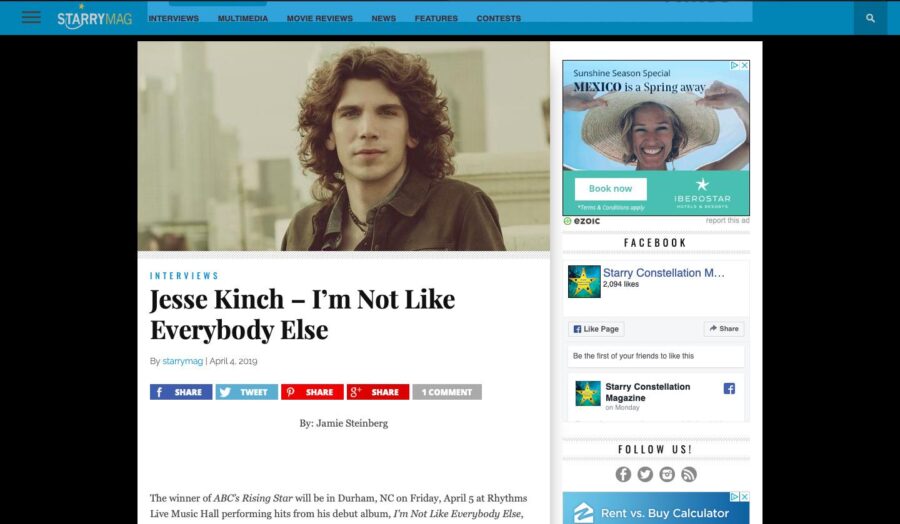 The winner of ​ABC’s Rising Star​ will be in Durham, NC on Friday, April 5 at Rhythms Live Music Hall performing hits from his debut album, ​I’m Not Like Everybody Else​, and more! Jesse is a 24 year-old, classic-rock musician whose music style is heavily influenced by rock legends of the 60’s and 70’s. His uniqueness and unapologetic approach to his music, makes him unlike any other artist his age! With media comparing his talents to the DOOR’S Jim Morrison and the ROLLING STONES’ Mick Jagger, a new generation of fans across America have been embracing Jesse as their own.