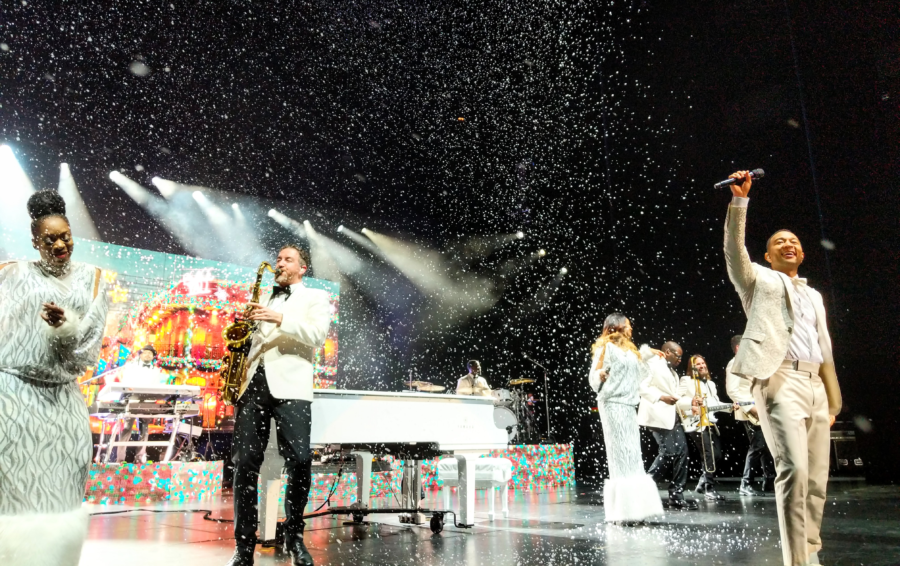 The show-stopping moment had the audience on its feet as  a canopy of snow flurries drifted over John Legend and his band for their rendition of “Merry, Merry Christmas.” MagicSnow is the go-to snowmaking company for live shows and the entertainment industry.

This is the second time MagicSnow has filled this massive theater with its signature snowfall effect. Previously, special EFX company teamed with Disney and created an indoor blizzard for a breathtaking performance of “Frozen.”

MagicSnow has built a reputation with its impressive snow productions like a snow-filled finale for ABC’s “Dancing with The Stars” and massive “pop up” real snow sledding hills at world landmarks to create viral campaigns for clients like Old Navy and McDonald’s, and snow to fill Radio City Music Hall for “The Radio City Christmas Spectacular.”

“We make magic with snow, anywhere in the world,” said MagicSnow president Adam Williams. “Our snow projects transform spaces and define the holiday experience for anyone in any place.”