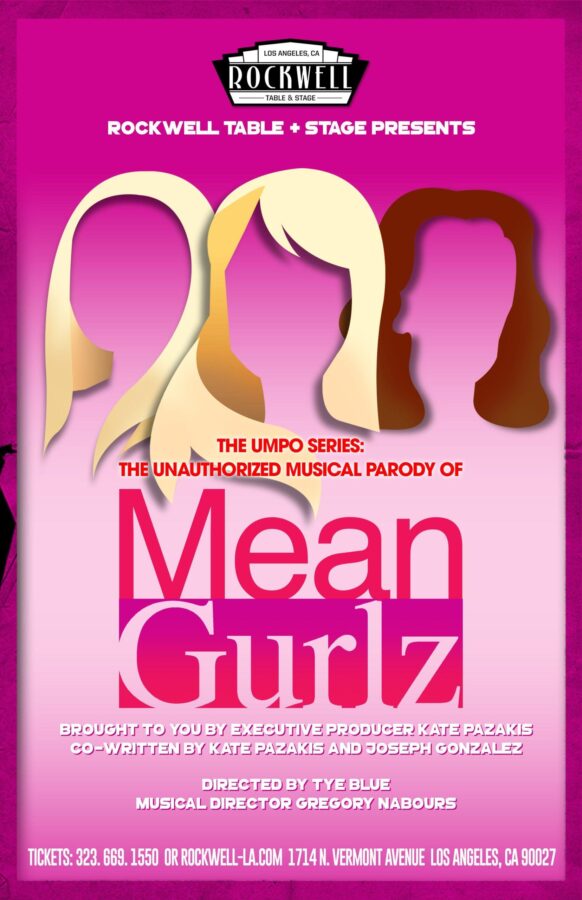 “LOS FELIZ — Kate Pazakis loves the film ‘Mean Girls’ so much that she has written a ‘love letter’ about it.

‘The Unauthorized Musical Parody of Mean Gurlz’ — with performances at Rockwell: Table & Stage in Los Feliz from Thursday to April 15 — is adapted from the 2004, Tina Fey cult film starring Lindsay Lohan as Cady Heron. The home-schooled student is a hit with The Plastics, the A-list girl clique at her new high school, but that sudden popularity is short lived when she makes the monumental mistake of falling for Aaron Samuels, the ex-boyfriend of alpha Plastic Regina George.”