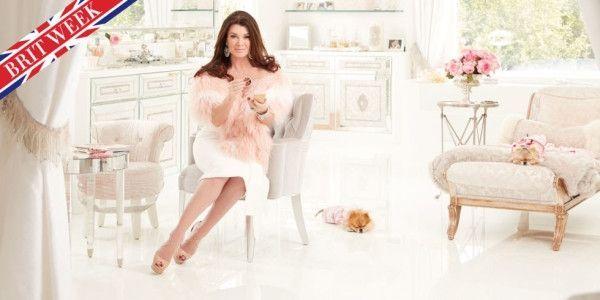 How British Are You? Lisa Vanderpump Puts Your Manners to the Test

On June 23, 2016, more than 30 million people in the United Kingdom voted to leave the European Union. There are a lot of people unhappy with the decision, but if Britain believes it can stand on its own, we thought we ought to find out why. This week, BAZAAR.com is bringing you the best of everything from across the pond (fashion, food, culture, etiquette and more) in what we have coined, #BritWeek.

“There’s a huge difference in etiquette between Brits and Americans,” says Lisa Vanderpump, the star of Bravo’s The Real Housewives of Beverly Hills, in her West London accent. The 55-year-old, who has owned 26 restaurants (which currently includes Villa Blanca in Beverly Hills and SUR in West Hollywood) with her husband, Ken Todd, admits she has “adopted the American way of dining,” but old habits die hard. “Americans are just rather loud,” she says. “And please, I’m not trying to patronize—but it’s considered kind of quite rude to be talking so other people can’t hear in a restaurant.”