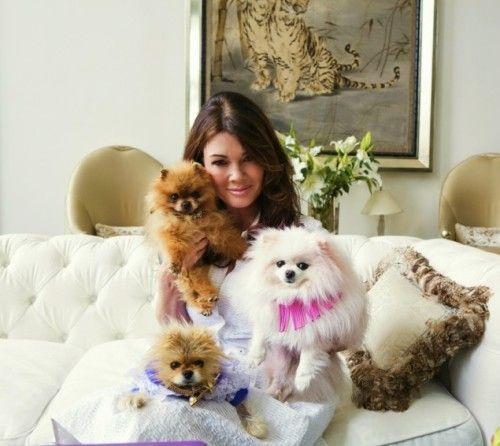 “Restaurateur and reality star Lisa Vanderpump is on a mission to end animal cruelty with her new charity, Vanderpump Dogs. The television star took time to share details about her upcoming gala with us and also dished on her favorite LA hot spot.

Tell me about your new charity, Vanderpump Dogs.

LISA VANDERPUMP: Our task to end the dog meat trade might be insurmountable. The last eighteen months we have succeeded in shining a light on the barbarianism that is known as the Yulin Festival. We have organized rallies, printed T-shirts, and been encouraging other countries to protest. We produced a PSA with Sharon Osbourne. We have been pleading to eradicate this heinous event where dogs are tortured to celebrate the summer solstice. Diane Warren gave us a song. I was at Lady Gaga’s birthday and Diane is a friend of mine. I asked if she could give us a song. Leona Lewis sang it, and we coupled that with Yulin images and released the song. My partner in life Ken, my partner in business Jon Pfeffer, and I produced a documentary to inspire others to support our mission and also educate people.”