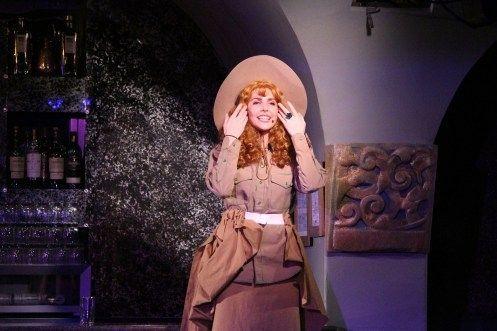 Scout’s Honor: The Unauthorized Musical Parody of Troop Beverly Hills is a Showstopper

The year 1989 saw the rise of Milli Vanilli, the fall of the Berlin Wall, and perhaps most destructive of all: the release of Troop Beverly Hills. It was a cinematic stain on pop culture that bombed harder than a B-17 on D-Day. From the ashes of its despair, however, rose an ember of inspiration. The Unauthorized Musical Parody was born. Musical Parody of Troop Beverly Hills

This wildly entertaining stage adaptation adheres (somewhat) to the narrative of the film, telling the story of shopaholic-turned-scoutmaster Phyllis Nefler, played with razor sharp ditz overload by Marla Mindelle. She goes toe-to-toe (or Louboutin-to-combat boot, as the case may be) with her nemesis Velda Plendor for status within the shockingly competitive ranks of the Wilderness Girls organization.