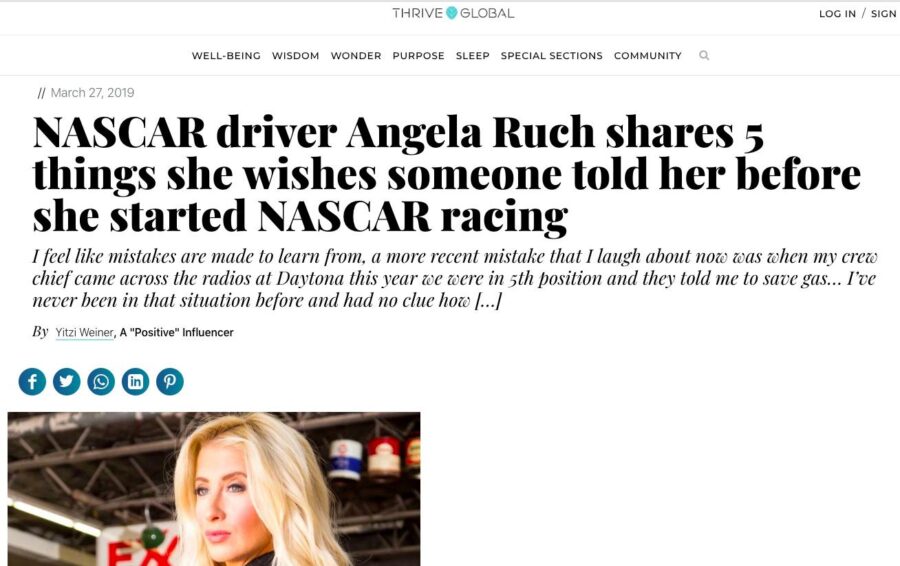 I feel like mistakes are made to learn from, a more recent mistake that I laugh about now was when my crew chief came across the radios at Daytona this year we were in 5th position and they told me to save gas… I’ve never been in that situation before and had no clue how to do that lol!! I was so stressed and panicked at the same time!

I had the pleasure to interview NASCAR driver Angela Ruch. Angela and her sister, Amber Cope, made NASCAR history on October 23, 2010 by being the first twins to compete in one of its top three series. She currently competes part-time in the NASCAR Gander Outdoors Truck Series, driving the №8 Chevrolet Silverado for NEMCO Motorsports and the №44 Silverado for Niece Motorsports.