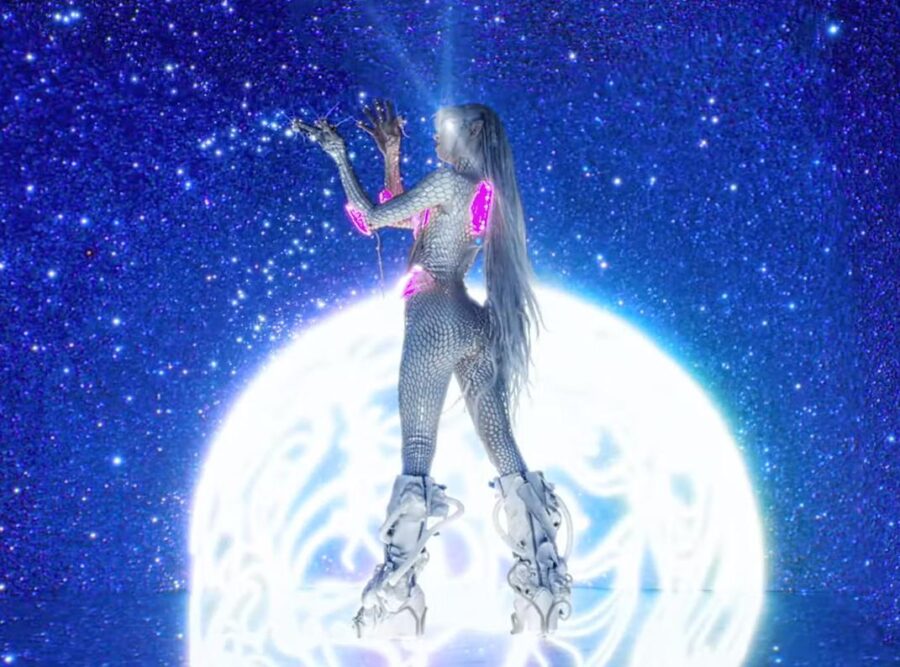 Grimes’ AI visions reach a new apotheosis in the video for “Shinigami Eyes,” the second single from her highly anticipated album, Book I. For the die-hard Grimes fan, the visuals are a logical evolution from the artist’s most paradigm-shifting earlier works like Art Angels standouts “Kill v Maim” and “Venus Fly” — a new chapter as she warp-speeds into the future.