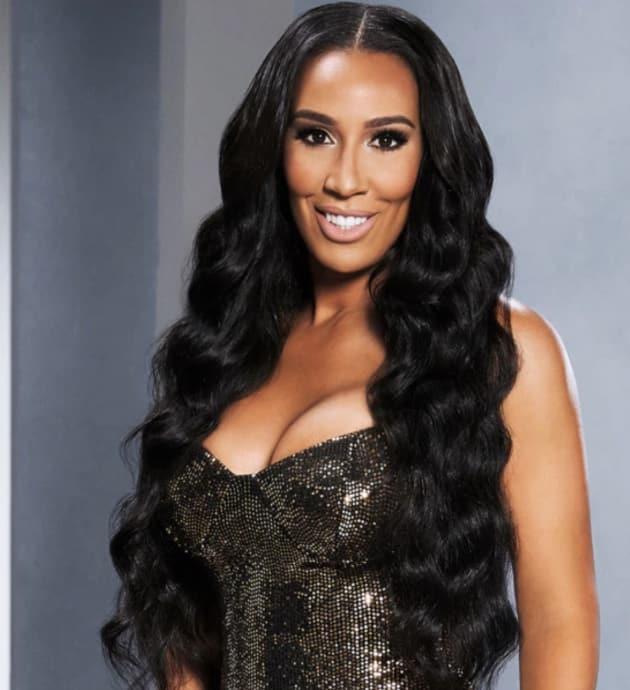 Real Housewife of Atlanta fans were once again treated to a   girls’ trip when the ladies escaped to Destin, Florida. Most of the drama on this trip revolved around fashion. Oh and the speculation that Porsha Williams had a bun in the oven. Marlo Hampton took it upon herself to give newbie Shamari DeVoe an early morning makeover. Shamari initially resisted Marlo’s aggressive fashion advice, she finally gave in and allowed Marlo to dress her in a bizarre outfit capped off with a gigantic hat. Marlo certainly didn’t do Shamari any favors with this ensemble.

But that wasn’t the only fashion-themed dust-up during the trip. NeNe Leakes took offense when Tanya, who unseated Marlo as the most fashionable during the talent show, mentioned how inexpensive sunglasses are from NeNe’s Swagg Boutique. An angry NeNe criticized Tanya for being obsessed with labels. Tanya was shocked by NeNe’s comments. Shamari, though, sees why NeNe was upset.
Read more: Here
CELEBRITY INSIDER: Porsha Williams Enters 2019 With Shamea Morton, Eva Marcille, And Tanya Sam – Check Out The Pics And Videos With These Wild Ladies Partying
AJC: Interview with Tanya Sam, new ‘Real Housewives of Atlanta’ friend