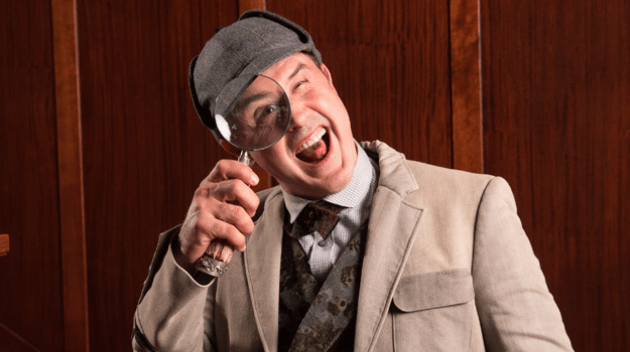 David Arquette may be best known for ’90s hits like the Scream series, Airheads, and Never Been Kissed, but there’s much more to this multifaceted actor. In addition to his early 2000s turn as a pro wrestler and his current stronghold on the nightlife scene with LA hotspots like burlesque joint Bootsy Bellows and karaoke haunt Blind Dragon, Arquette’s playing the title character in a theater iteration of Sherlock Holmes. Playwright Greg Kramer puts his own spin on Sir Arthur Conan Doyle’s pivotal crime fiction pieces, with the play running in LA October 15-18 at Ricardo Montalban Theatre.