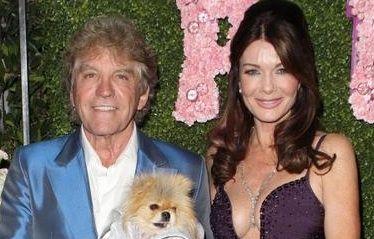 Lance Bass, Jai Rodriguez, Real Housewives, and more celebs walked the red carpet at the opening of Vanderpump’s new WeHo lounge, Pump, to speak out against the hotel’s owner, the sultan of Brunei, who has implemented draconian laws affecting gay people and others in his nation.

Lance Bass, Jai Rodriguez, Carlton Gebbia, Ross Mathews, Joanna Krupa, and the band GRL have joined the boycott against the Beverly Hills Hotel, whose owner, the sultan of Brunei, has implemented draconian policies in his country that would punish homosexuality with stoning.

The Advocate asked the stars if they would boycott the hotel at the Tuesday opening of Pump Lounge in West Hollywood. Many celebrities, including Ellen DeGeneres, Jay Leno, and Pump Lounge’s owner, Lisa Vanderpump, have publicly declared they will not attend events or stay at the Beverly Hills Hotel in order to put pressure on the sultan, who recently instituted Sharia law in his Asian nation, allowing for the stoning of those who engage in gay sex and women who commit adultery. Also, people could have their limbs severed if they’re convicted of property crimes and jailed for missing religious services.

The Ten Tenors Celebrate The First Day Of Spring On My Carolina Today!
PUMP Lounge By Lisa Vanderpump, Opening May 16