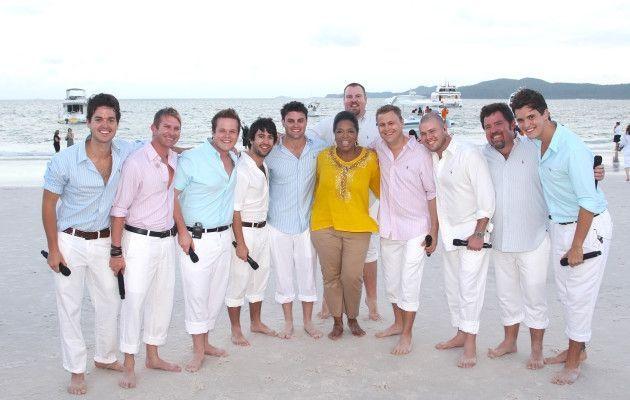 Australia’s most famous musical export, THE TEN TENORS, bring their lavish celebration of vocal power back to North America with their THE POWER OF TEN TOUR 2011 – a rousing musical tribute from the land down under.

The internationally-acclaimed singing sensation of The Ten Tenors have now been seen by over 90 million people on four continents, selling out shows and winning hearts with their unmistakable charm, camaraderie and vocal power in opera, pop, rock, and more.

They have performed alongside such diverse artists as Rod Stewart, Andrea Boccelli, Alanis Morissette, Willie Nelson, and Christina Aguilera to name but a few.