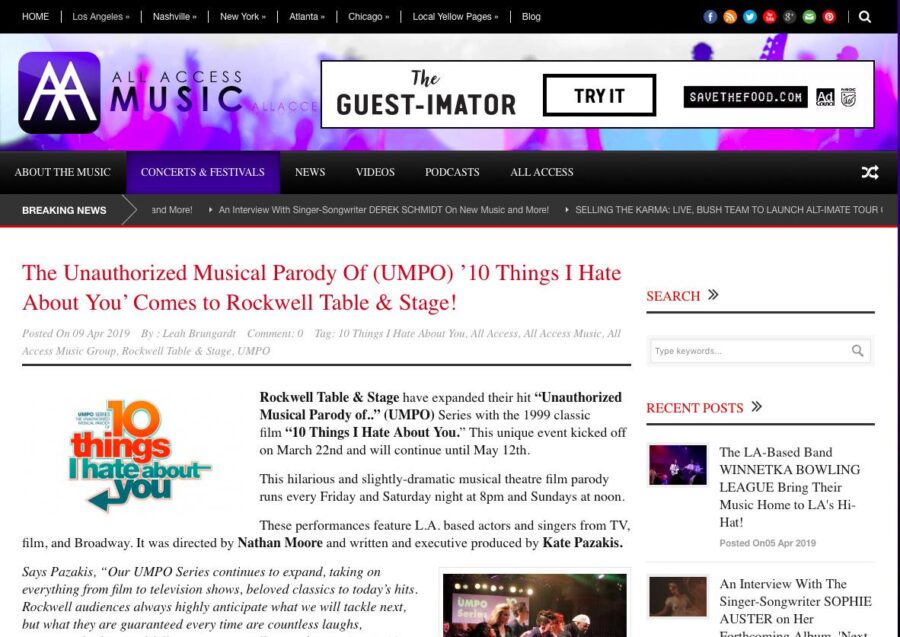 Rockwell Table & Stage have expanded their hit “Unauthorized Musical Parody of..” (UMPO) Series with the 1999 classic film “10 Things I Hate About You.” This unique event kicked off on March 22nd and will continue until May 12th.

This hilarious and slightly-dramatic musical theatre film parody runs every Friday and Saturday night at 8pm and Sundays at noon.

These performances feature L.A. based actors and singers from TV, film, and Broadway. It was directed by Nathan Moore and written and executive produced by Kate Pazakis.