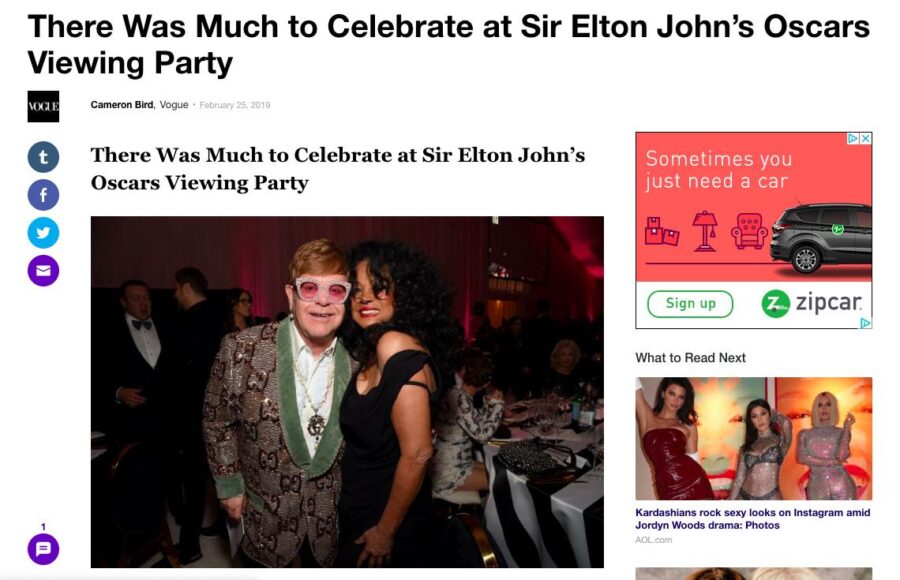 While nominees and winners gathered at the Dolby Theatre last night for the 91st annual Academy Awards, across town Sir Elton John and David Furnish hosted their famous viewing party. The night benefits the Elton John AIDS Foundation and welcomed the likes of Paris Jackson, Kate Mara, Janet Mock, Judith Light, and more. As soon as the telecast began, guests were seated for a dinner prepared by chef Wayne Elias and Crumble Catering. Diana Ross laughed among friends while they cheered for favorites; across the room, Adriana Lima eagerly watched the evening’s speeches. After dinner, guests were joined by those attending the after-party, which concluded with a performance by the Killers that had guests dancing in and out of their seats. This year’s event raised more than $6.3 million for the organization in its global effort to end AIDS—the successful fund-raising gave everyone much to celebrate.