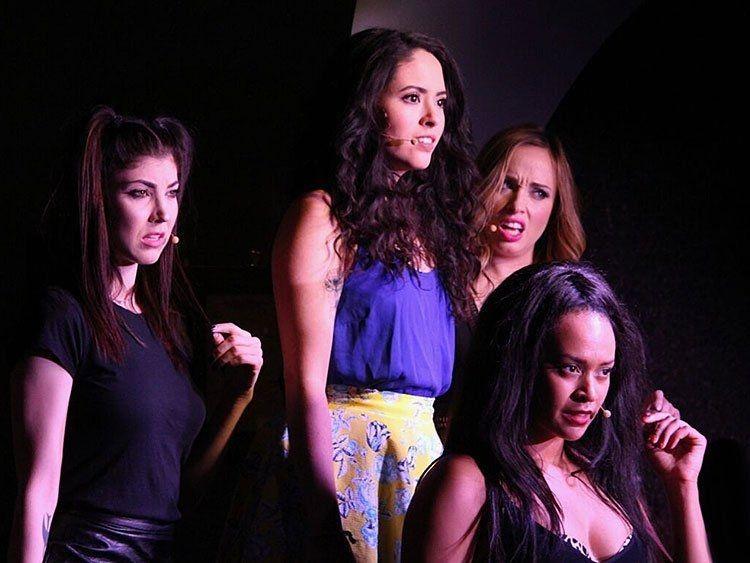 “Mean Girls also holds a special place in the hearts of queer people, who as outsiders related to Cady and her struggle to fit in. That’s not to mention the presence of a gay character, Damian, as well as the anti-gay slurs used to bully and exclude; ‘Janis Ian is a dyke’ and ‘too gay to function’ were in the ‘burn book,’ a list of cruel notations written by the popular clique known as the Plastics.

In 2017, this influence and relevance endures, as evidenced by perhaps the film’s queerest interpretation yet, The Unauthorized Musical Parody of Mean Gurlz at Rockwell Table and Stage in Los Angeles.

In the tradition of UMPO shows, Mean Gurlz melds the main plot of the film with song-and-dance numbers from popular music, which in and of itself amplifies the production’s camp sensibilities. Aaron Samuels (Jason Michael Snow and Michael Thomas Grant) serenades new girl Cady (Bianca Gisselle) with Maroon 5’s ‘Sunday Morning.’ Ms. Norburry croons Whitney Houston’s ‘Greatest Love of All’ as she counsels her students on clique culture.”