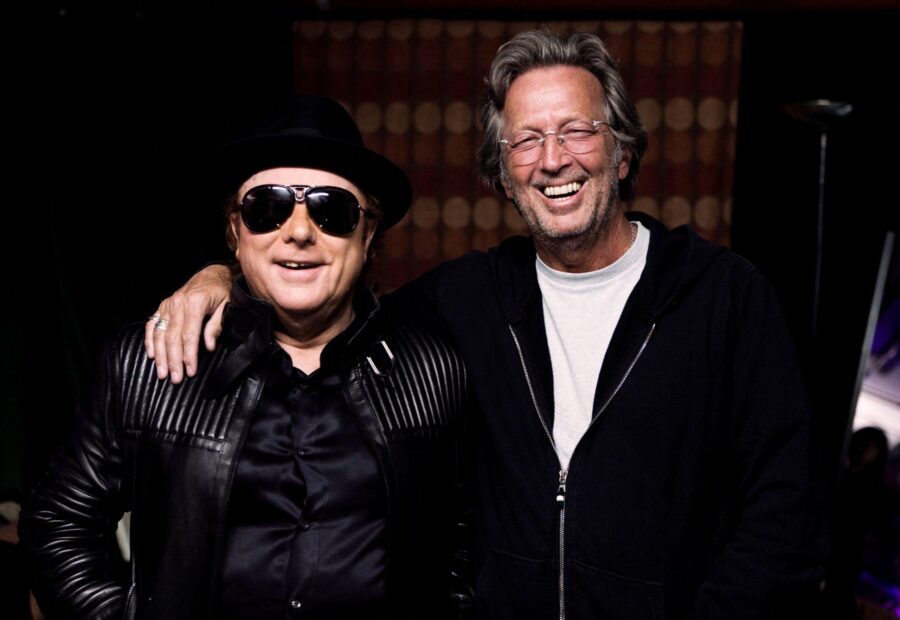 London — Pictured backstage during two sold out nights at London’s Royal Albert Hall are Van Morrison and friend Eric Clapton. Mr. Morrison performed his classic 1968 recording of ASTRAL WEEKS in its entirety for the first time ever outside of the USA at the historic venue. His Van Morrison – Astral Weeks Live at the Hollywood Bowl will be available on DVD worldwide via Amazon.com beginning May 19th and is currently available on CD.