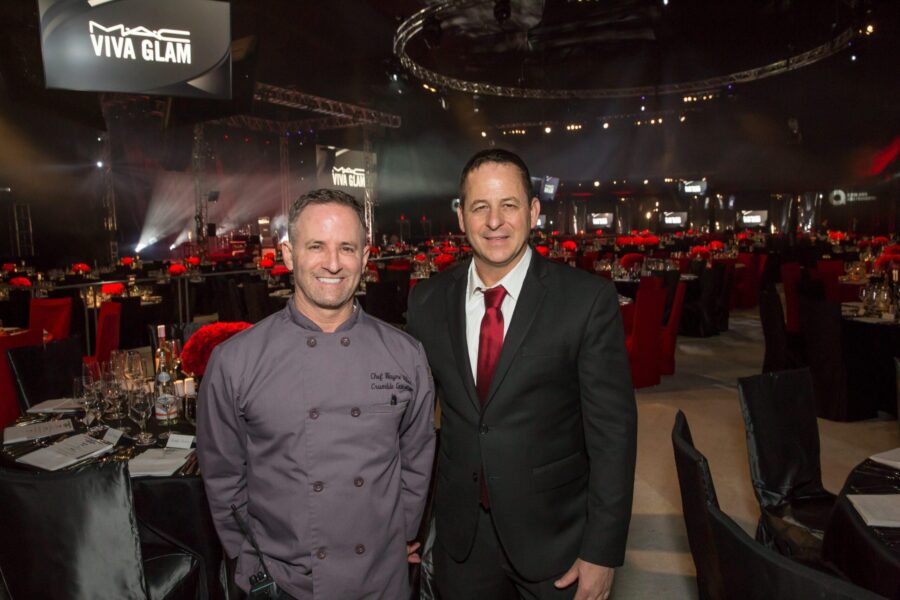 Crumble Catering-the official caterers for the Elton John AIDS FoundationViewing Party for the 15th year-once again delivered over 1,000 five-course meals to some of Hollywood’s biggest A-listers in a massive undertaking seamlessly executed by some of the top Chefs in the industry for the 90th Academy Awards telecast.

A Labor of Love with Chef Wayne Elias and Chef Joan Roca of El Celler de Can Roca
raised $5.9 million for the global effort to end AIDS.

West Hollywood Park was transformed into a city within a city, with a sprawling array of custom-built pavilions featuring sparkling décor, state of the art lighting, projection, and displays. It took an army of 150 servers and bartenders and 70 kitchen staff to make for a flawless evening.