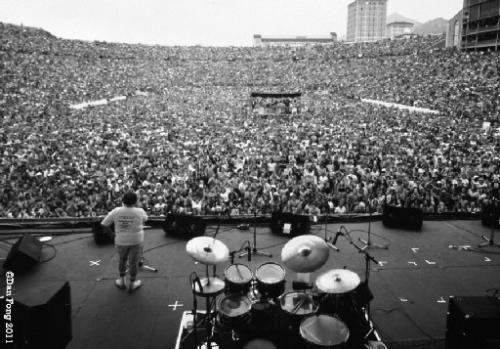 When Barry Fey died on Sunday, the Boulder music scene was stunned and left marveling at the legacy of the legendary concert promoter.

Fey, who was 73 and recovering from hip surgery, worked with the likes of the Beatles, Bruce Springsteen, Led Zeppelin and Jimi Hendrix. He was a master of getting big names into venues, and his powerful influence was notable in Boulder, especially on the University of Colorado campus.

“For Boulder and CU, he was the renaissance years,” said Phil Lobel, former CU Program Council director and Fey’s friend and publicist.

“He was the king of music for the CU campus and for the city, and you know he’ll always be remembered for those renaissance years of concerts. The late ’70s and early ’80s — there was no school in America that had more concerts and more variety, and it was due to Barry.”