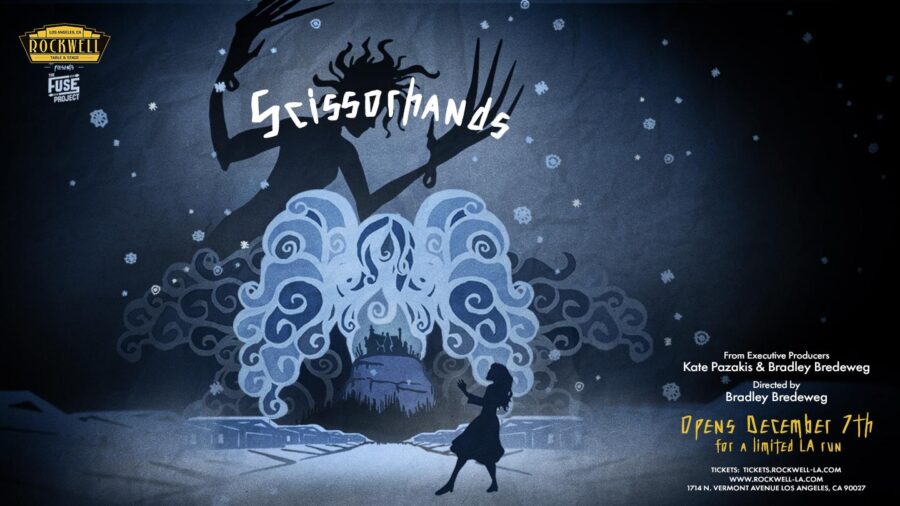 The Fuse Project and Rockwell Table & Stage are proud to present a one of a kind musical parody of the whimsical Tim Burton film classic “Edward Scissorhands” this holiday season running 8pm Friday and Saturday nights with a Sunday 12 noon brunch at Rockwell December 7 thru Janruary 5, 2019.

Join the world that is Edward Scissorhands and step back to the year 1990 in America, as Rockwell recalls this romantic, dark fantasy film from the macabre imagination of Tim Burton, which starred Johnny Depp as an artificial man named Edward, an unfinished creation who has scissor blades instead of hands. The film’s young man is taken in by a suburban family and falls in love with their teenage daughter Kim, played by Winona Ryder. The film’s all-star cast included Dianne Wiest, Anthony Michael Hall, Alan Arkin, and the late Vincent Price.