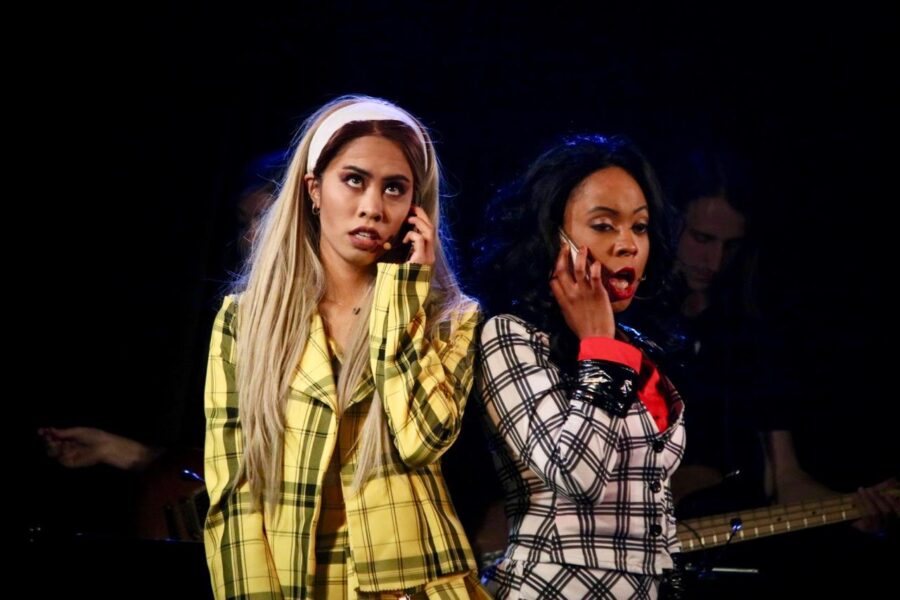 It’s an eclectic crowd inside Rockwell LA— Mohawks, bangs, abundant cleavage, leopard prints, and velvet robes— Clueless fans come in all shapes and sizes and tonight they have gathered to watch Late Pazakis’ The Unauthorized Musical Parody of Clueless. For anyone unfamiliar with the 1995 blockbuster, Clueless tells the story of Cher Horowitz, a well-intentioned but superficial girl — who is attractive, popular and extremely wealthy. A few months shy of her sixteenth birthday, Cher and her best friend, Dionne rule the high school social scene. These girls have it all and breeze through life oblivious to the big picture problems of the world. When new girl, Tai, arrives at the school, Cher and Dionne take it upon themselves to makeover their new friend, transforming her from bland to full-blown “Betty.” Along the way, Cher plays matchmaker, using her charm and smarts to help her friends and teachers find love — and to improve not only her grades, but also the world around her. With the film’s enormous cult following, it’s no surprise there is such a large draw to the unauthorized musical parody, especially when original Clueless film cast members Nicole Bilderback (“Summer”) and Julie Brown (“Ms. Stoeger”) are in the audience.

STAGE SCENE LA: With Love, Marilyn
ALEXISJOYVIPACCESS: Article: Pay Homage To The Iconic Marilyn Monroe At The Rockwell Table & Stage’s One-Night Only Production Of “With Love, Marilyn” — Check Out A Q&A With The Star Of The Show, Erin Sullivan Here!