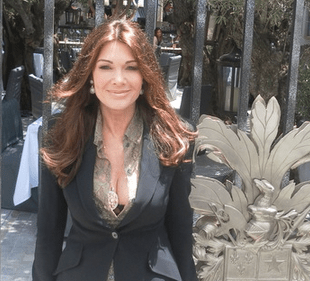 After a tumultuous season on The Real Housewives of Beverly Hills, original cast member Lisa Vanderpump is contemplating her future on the Bravo reality TV show. ETonline’s Denny Directo recently chatted with Vanderpump at her new West Hollywood restaurant and lounge Pump, where she reveals she is still uncertain whether she will return to the show.

“Well we’re in talks. I have to say we’re in talks,” Lisa explains. “My initial reaction was, ‘I would never.’ That’s just how I felt.”

This past season viewers saw Lisa go from member of the “Dream Team,” forming what appeared to be a strong alliance with fellow cast mates Brandi Glanville and Yolanda Foster, to drawing constant scrutiny of virtually every member of the cast as the season progressed.

“There has been a lot of speculation and I have been asked back, but it was really difficult for me last season,” she admits. “It was all a bit much. I felt beaten up.”

And while plans of returning for a fourth season of the Housewives franchise are still up in the air, she assures us that we still see her on Bravo. Her spinoff series, Vanderpump Rules, which follows the antics of her staffers at Sur Lounge, is currently filming season three.