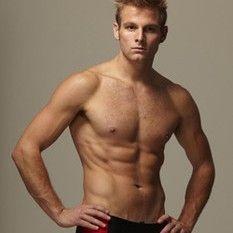 Michael Holtz is a man with many titles; Mr. Gay USA 2011, Compete Magazine’s Athlete of the Year and first-runner-up Mr. Gay World 2011. Of equal significance, since 2008 as an LGBT activist he raised more than $1 million cumulatively for Equality California, GLAAD, The Los Angeles Gay and Lesbian Center, and Stonewall Community Foundation in New York City.

Now he is set to embark on one of his most formidable challenges ever on the new TNT competition series, “72 Hours” — which takes adventure to a whole new level, in titled episode “Lost Coast of New Zealand” airing June, 13, 2013 at 9 p.m. (ET/PT)

Dropped in a 90km stretch of untamed coastline, three teams composed of three strangers must navigate through thick forests, limestone cliffs and massive sand dunes in order to locate a briefcase full of cash in just 72 hours. All they have to accompany them in their quest for $100,000 are their teammates, the clothes on their backs, a GPS and one bottle of water.

But for Holtz, being a man constantly in motion is nothing new. In addition to his recent speaking engagements around the country, as well as running his own athletic-event production company called MKH2O, Holtz will serve as a spokesperson and model for a soon-to-open BRIEF store in Charlotte, NC, where he also plans to launch a swimwear and active line of his own.

This summer, Holtz will work with The Los Angeles Gay and Lesbian Center to produce and serve as Emcee for their 2013 Beach Classic — an ocean swim, run and beach volleyball competition at Dockweiler Beach.

For Holtz, this is all part of his ongoing efforts to promote equality, erase stereotypes in sports, be a face of hope, inspiration, and change to LGBT youth and athletes. Just as he did as an open-and-out gay national collegiate swimmer, Holtz continues to pioneer new paths of acceptance and equality for LGBT athletes and the LGBT community.

Holtz’s upcoming TNT appearance displays his athletic prowess, intelligence and charm. Explaining the show’s dynamic, Holtz says: “I provided some unexpected leadership and support that was well received,” adding “I had never met these folks before and often it’s hard to connect under such competitive circumstances; the opportunity to help instill confidence and be a team leader was very special.”

Fans can cheer on Holtz and meet him in person when he personally hosts a special, LIVE, national viewing party for his episode at Eleven Bar & Nightclub on Thursday, June 13. The event starts at 7:30pm with an Absolut Vodka open bar for invited guests, followed by the 9:00pm episode broadcast premiere open to the public. Always with a mind for giving back to the community, Michael is leveraging the event to help drive recruitment for the LA Gay & Lesbian Center’s Beach Classic.