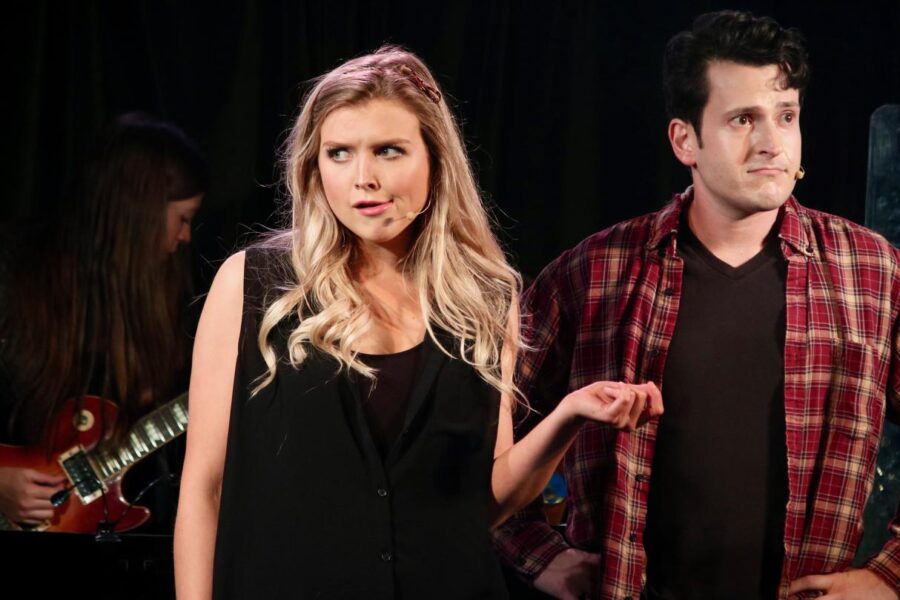 The following review is based on the May 11th performance.

Unlike some tentpole film franchises, there are no depreciating returns with Rockwell Table & Stage’s UMPO series, which remains just as gut-bustingly funny with its 12th installment, “The Unauthorized Musical Parody of Clueless, which is scheduled to run through September 1st in Los Feliz.

The fabulous farce, based on Amy Heckerling’s 1995 high school classic starring Alicia Silverstone, Paul Rudd, Stacey Dash, the late Brittany Murphy, Donald Faison, Breckin Meyer, and others, is once again the brainchild of Artistic Director, Executive Producer, creator, and writer Kate Pazakis. Rockwell’s resident genius has been on an unprecedented roll for the past few years, highlighted by her talent to reimagine pop-culture phenomena by incorporating not only an appropriately modern bent, but extra helpings of humor, to go along with dynamic dancing, and the singing of hits spanning the last four decades.

Pazakis is undoubtedly joined by heavy hitters in Musical Director Gregory Nabours, who particularly excels at splicing mashups of songs, oftentimes from different eras and genres; Choreographer Mallory Butcher, whose sweeping ensemble numbers are as lively as can be; Production and Costume designer Chadd McMillan, who, in this case, really does transport us back to the carefree mid-90s; Sound Designer BJ Marchini, who ensures that the performers are always heard; and Lighting Designer Joey Guthman, who illuminates “Clueless” with a saucily suitable pink glow.

Longtime actor Jimmy Smagula makes his Rockwell debut as the director of this coming-of-age production, which spotlights protagonist and near 16-year-old Cher Horowitz, already a Beverly Hills socialite among her peers, who lives with her father and step-brother, Josh. Despite some common, and not so common, family drama, Cher is very much in control as the center of attention, flanked by her gal pal, Dionne. Yet, Cher, who is also based on Jane Austen’s “Emma,” is also altruistic, and thus becomes matchmaker and makeover guru, particularly with respect to the new girl in town, Tai.

Smagula’s direction has lended itself to a very brisk 90-minute show (including a 10 minute intermission), which manages to entertain in gloriously gratuitous fashion and tie together the plot, pulled by the substantive weight of its triple-threat cast members (the show is double-cast). These individuals are certifiable titans of multitasking on stage, zipping through a myriad of costume changes, and positioning themselves rapidly among the joyful patrons