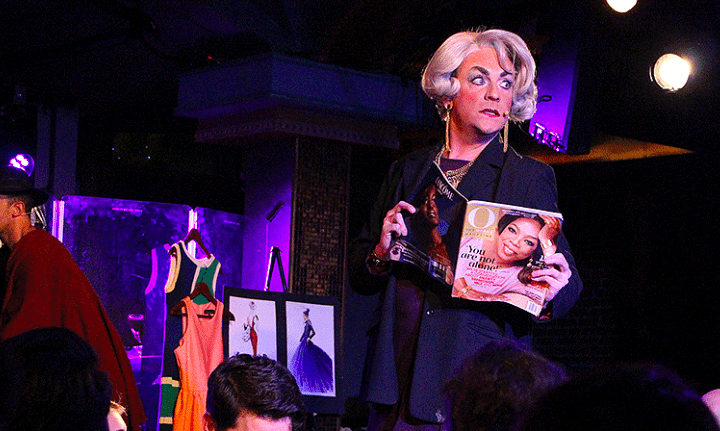 Bigger-than-life characters are perfect targets for parody. No doubt author Lauren Weisberger felt that way when she wrote The Devil Wears Prada, a novel in which a thinly disguised Anna Wintour is depicted as the boss from hell. Meryl Streep tackled the role of Miranda Priestly in a 2006 film; the performance resulted in one of her numerous Oscar nominations. So it was only a matter of time before the film spawned its own spoof, which brings us to The Unauthorized Musical Parody of The Devil Wears Prada, currently playing at Rockwell Table & Stage. The role of Miranda Priestly has been taken up by comedian Drew Droege, who alternates the role with John Flynn.