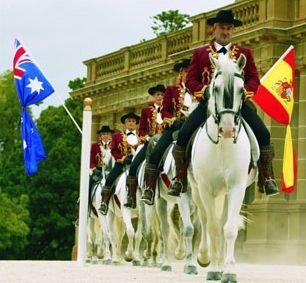 For the first time ever, riding Master Rene Gasser, creator and producer for Gala of The Royal Horses will be bringing his world-renowned equestrian tour to North America beginning February of 2014.

Following in the family footsteps of seven generations, Gasser has recreated a show for this tour only previously seen at the famous riding schools in Vienna and Spain.

The Royal horses of Europe are some of the most celebrated in history, favored for centuries by royalty, equestrian riders and bullfighters and this performance will celebrate the tradition, athleticism and grace of these revered creatures.

“The unique qualities of the Royal Horses single them out from all other breeds in the Equine world. Their physical beauty & grace, coupled with exceptional courage and nobility make them an object of admiration and a source of inspiration for horse lovers everywhere,” says Gasser.